A Sea of IOCs

Enrichment of indicators is one of the first tasks security teams perform during incident response. The challenges here are twofold. Firstly, the process of indicator enrichment is as repetitive as it is important. Analysts risk getting mired in this grunt-work while the attack continues to manifest. Secondly, isolated security tools result in a struggle to reconcile threat intelligence data across platforms to get an overall understanding of indicator malice.

Security orchestration playbooks can automate enrichment of indicators by querying different threat intelligence tools for context. By running this playbook at the outset of incident response, security teams have the enrichment data available for study within seconds, shaving off wasted time that can be used towards proactive investigation. 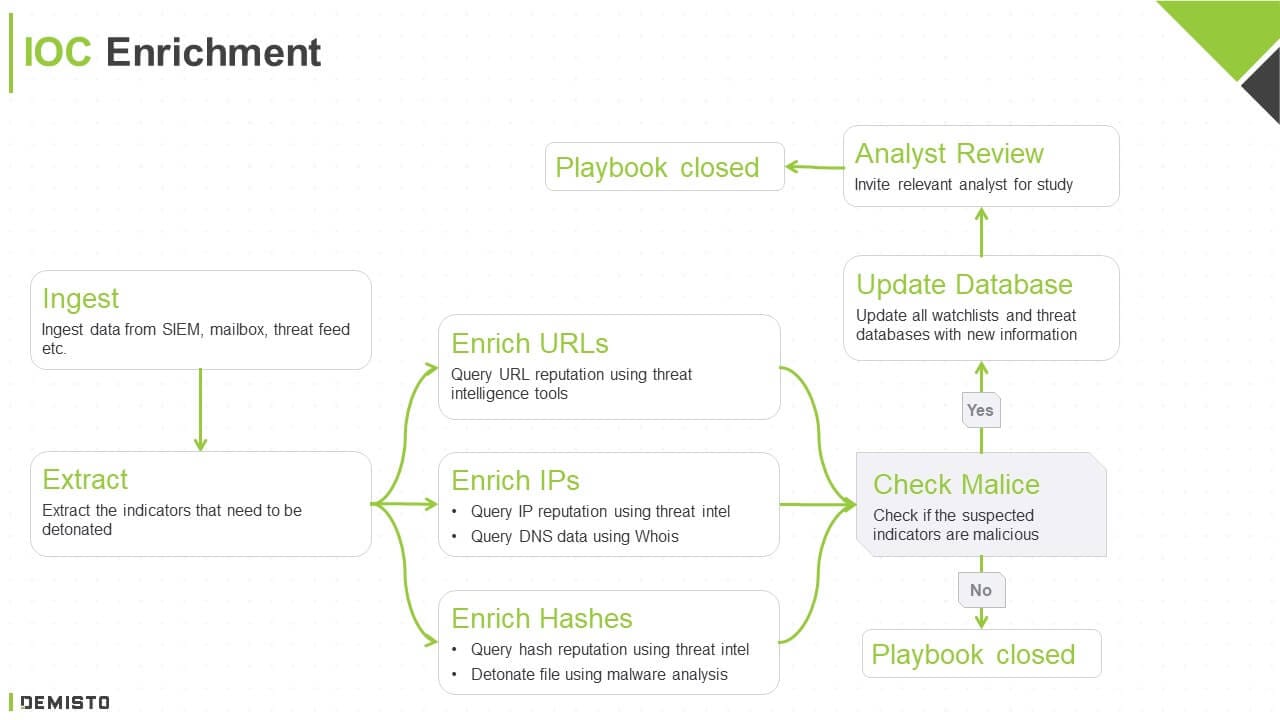 The playbook can ingest data from a variety of sources such as SIEMs, mailboxes, and threat intelligence feeds.

The playbook extracts the IOCs (IPs, URLs, hashes, etc.) that need to be enriched. 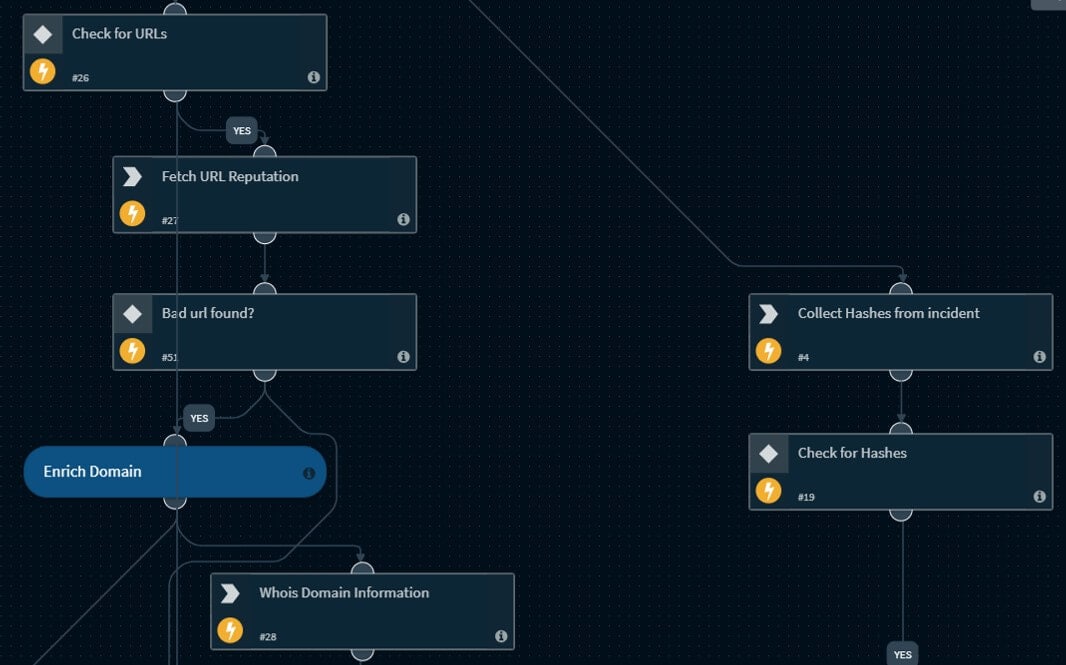 The playbook executes initial response actions based on indicator malice. For instance, malicious indicators are fed back into threat intelligence databases and tool watchlists to avoid future attacks using the same indicators. 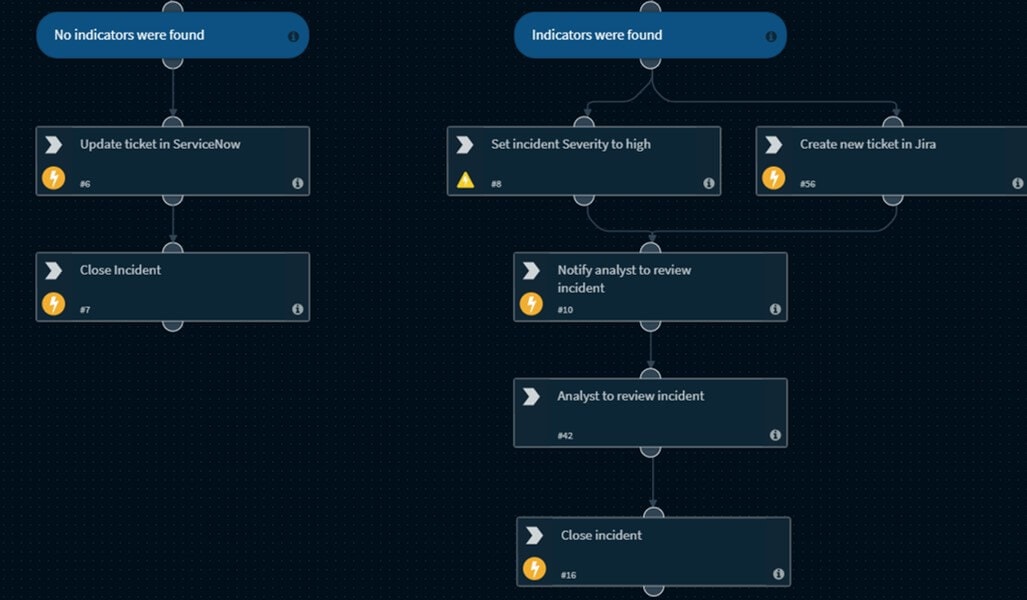 The playbook checks if the indicators are identified as malicious. If they are, the playbook raises the incident severity, opens a ticket, and brings in the relevant analyst for further review and investigation. If the indicators are not identified as malicious, the playbook records the context for future reference and closes the incident, preventing analysts from being bogged down by false positives.

Automate repeatable steps: There are multiple security actions that, while important, are time-consuming to execute every time indicators need to be enriched. Automating these steps shave off large chunks of response time while still providing overall control and decision-making power to the security team.

Improve investigation quality: Security orchestration platforms usually correlate intelligence from multiple tools so that security teams can quickly identify whether any IOCs are isolated or persistent within their environments. In this example, security teams can study IOC reputation, see how many other incidents these IOCs have been found in, and identify larger attack campaigns at play.

To learn about more security orchestration use cases, download our free Community Edition.