Grandma, What Malicious Hashes You Have

Detonating suspicious files in sandboxes for malware analysis is an ever-present and important investigative step during incident response. As malware analysis tools are isolated from other security products, however, it’s taxing for security analysts to coordinate across consoles while executing this repetitive task. Pasting results onto another console for documentation is also time-consuming and increases chances of error.

Security orchestration playbooks can automate the entire file detonation process either as an isolated workflow or in concert with other enrichment activities. This ensures that analysts don’t waste time performing the activity but are still able to benefit from the results of the analysis. Since playbooks document the result of all actions on a central console, the need for post-fact manual documentation is also eliminated. 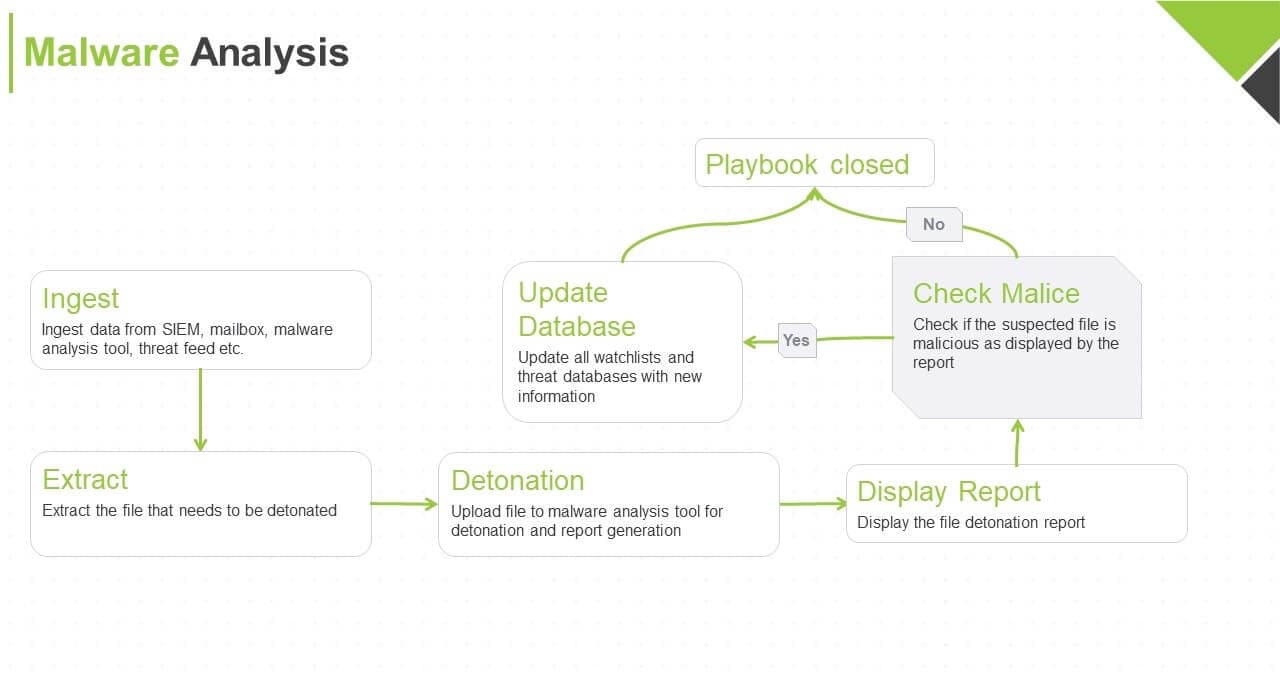 The playbook can ingest data from a variety of sources such as SIEMs, mailboxes, threat intelligence feeds, and malware analysis tools. 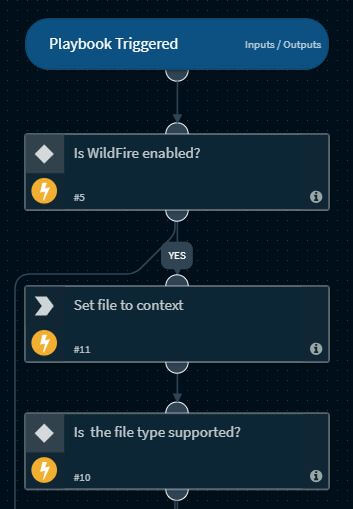 The playbook extracts the file that needs to be detonated. 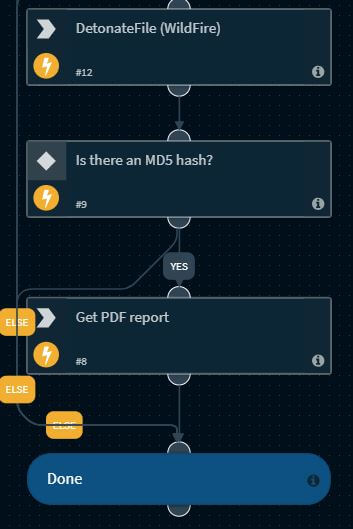 The playbook displays the malware analysis report for analyst study and action.

If the file is found to be malicious, the playbook updates relevant watchlists/blacklists with that information. From here, the playbook can branch into other actions such as quarantining infected endpoints, opening tickets, and reconciling data from other third-party threat feeds.

Unify security functions: The malware analysis playbook coordinates between detection sources (SIEM, malboxes etc.), malware analysis tools, and threat intelligence tools, enabling security teams to have improved, centralized visibility over security data. This results in maximal usage of all security tools but without the need for keeping multiple tabs open and dividing up work and focus among disparate consoles.

Automate repeatable steps: There are multiple security actions that, while important, are time-consuming to execute every time malware needs to be analyzed. Automating these steps shave off large chunks of response time while still providing overall control and decision-making power to the security team.

Improve investigation quality: Security orchestration platforms usually correlate intelligence from multiple tools so that security teams can quickly identify whether any malware instances are isolated or persistent within their environments. In this example, security teams can study the malware analysis report, see how many other incidents the same malware instances are present in, and identify larger attack campaigns at play.

To see Cortex XSOAR in action, sign up for our free Community Edition.