Too Blunt to Hunt

Security teams are often too focused with fighting daily incident response fires to devote time to proactive and scheduled threat hunting operations and catch incipient threats before they manifest on user environments. Even when they have enough time to execute threat hunting exercises, correlating intelligence from multiple threat feeds is a manual, repetitive exercise that doesn’t leave enough time for decision-making.

Firstly, automated playbooks for incident response free up analyst time to focus on proactive tasks such as threat hunting. For the hunting exercises themselves, security teams can execute playbooks that ingest malicious IOCs and hunt for more information across a range of threat intelligence tools.

These playbooks can be run in real-time or scheduled at pre-determined intervals, ensuring both proactive and reactive approaches to threat hunting.

The playbook ingests a list of IOCs as attached csv/text files.

The playbook verifies how many threat intelligence tools are deployed by the SOC and hunts for the extracted IOCs on those tools. Wherever applicable, the playbook also checks endpoints and identifies if any endpoint has been compromised by the malicious IOCs. 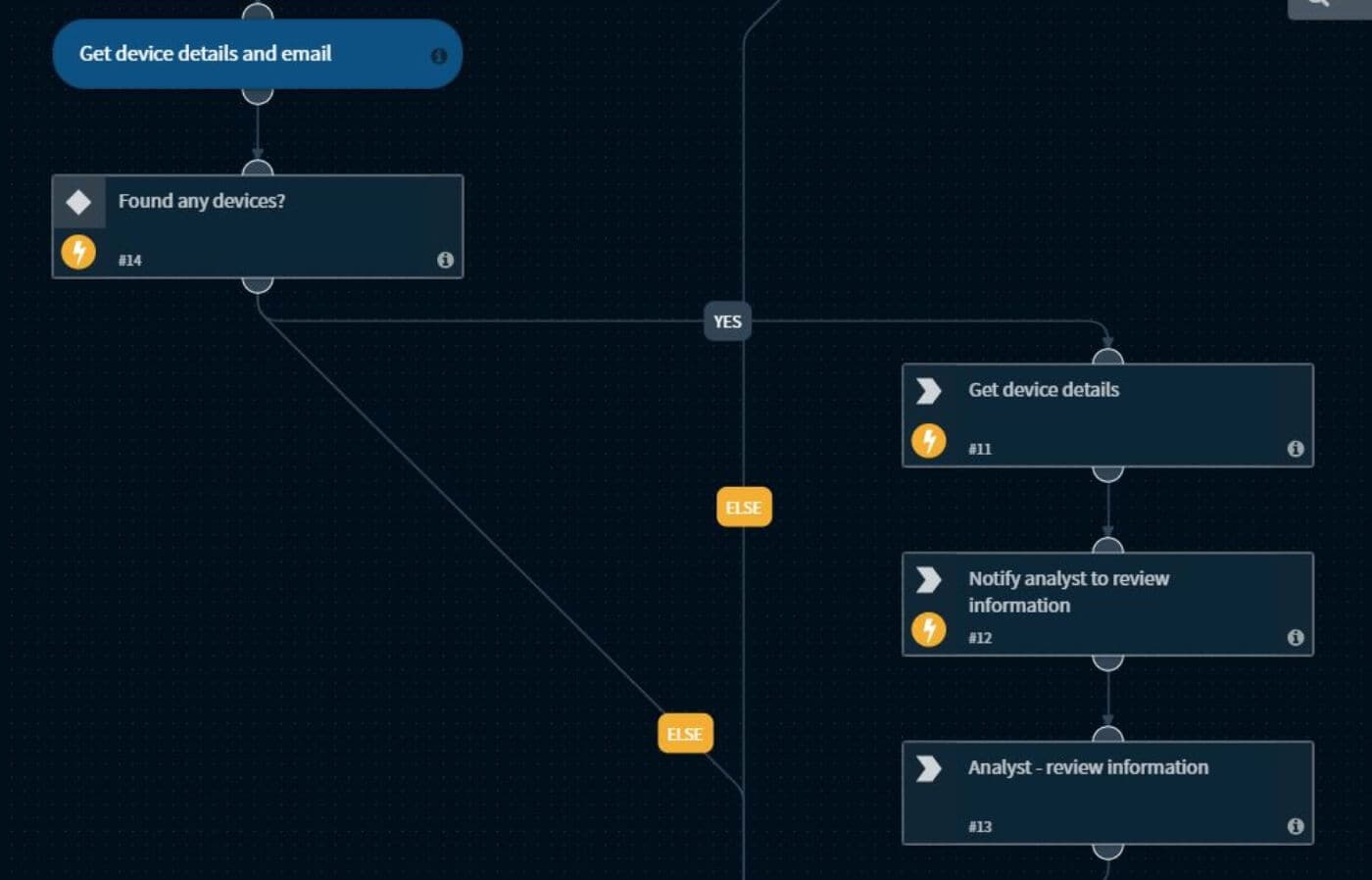 If malicious IOCs were found on any threat intelligence tool, the playbook updates databases of other tools and other watchlists/blacklists with this information.

Alternatively, the playbook can check if any devices were found to be infected, access the details of those devices, and notify the relevant analysts for further investigation. The screenshot above shows this alternative.

Reactive and Proactive: This threat hunting playbook can be reactive - triggering every time there's a breach detected - or can be scheduled to run at regular intervals as a proactive scenario. Since security teams are busy fighting daily fires, they don't have time to conduct these checks and catch breaches before they manifest too heavily in user environments.

Improve investigation quality: Security orchestration platforms usually correlate intelligence from multiple tools so that security teams can quickly identify whether any attacks are isolated or persistent within their environments. In this example, the threat hunting playbook queries devices to check whether they were infected by IOCs and stores these device details for analysts to study and take subsequent action.

To see Cortex XSOAR in action, sign up for our free Community Edition.